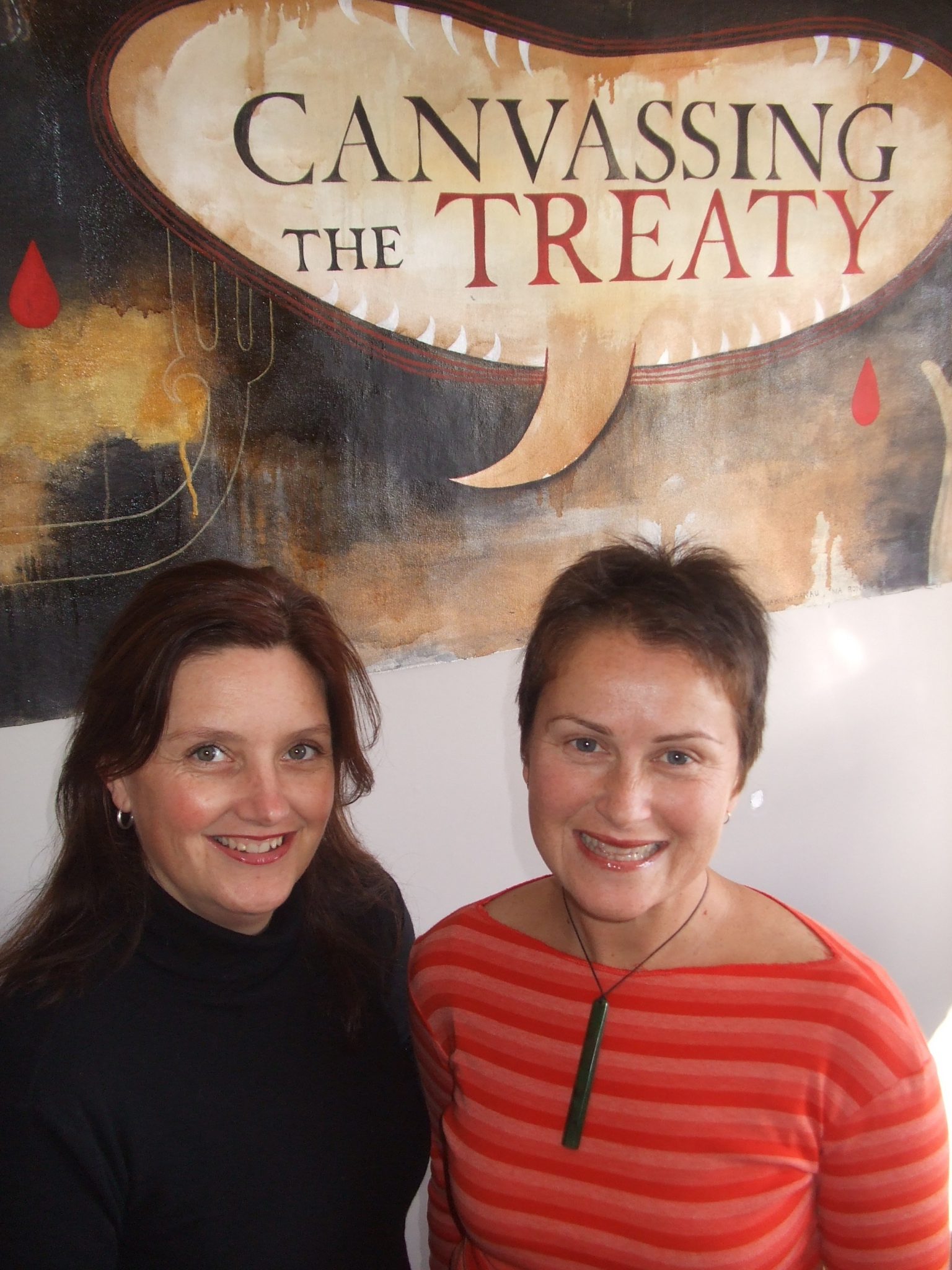 Screening and Meet the Film Makers: 'Canvassing the Treaty'

Screening and Meet the Film Makers: 'Canvassing the Treaty'

Kay Ellmers and Jane Reeves are the producer and director respectively of the acclaimed documentary, Canvassing the Treaty, which premiered on Maori Television earlier this year. Both have a particular interest in contemporary Maori art, currently a vibrant and flourishing feature of the New Zealand art world.

Ellmers and her independent television company, Tumanako Productions, are also responsible for the Maori Television educational programme, Maharo. Aimed at children in the 5-8 years age bracket, the show takes a novel and lively approach in covering material that is tailored to the content of the primary school curriculum.

Reeves has also worked extensively with Maori Television, directing episodes of Kete Aronui, a long-running series on contemporary Maori artists. She has also created Ta Paora, described on Maori Television's website as "an intimate portrait of her father Sir Paul Reeves; his remarkable career and the man behind the public profile."

Screened on Waitangi Day 2010, the Maori Television documentary Canvassing the treaty challenged six artists to produce works that responded to the Treaty of Waitiangi. Three artists who identified as Maori were each paired with an artist from a different cultural background: Cambodian, Tongan/German, Pakeha. The artists, who included Kura Te Waru Rewiri and Dagmar Dyck, first attended a Treaty workshop run by educators also of contrasting cultural heritage, Moana Jackson (Maori) and Ingrid Huygens (Pakeha/Dutch). The documentary places importance on a knowledge of history, with the artists visiting Te Tii Marae at Waitangi and creating their artworks there. Reeves has commented on the profound impact of this visit on the artists and their art.